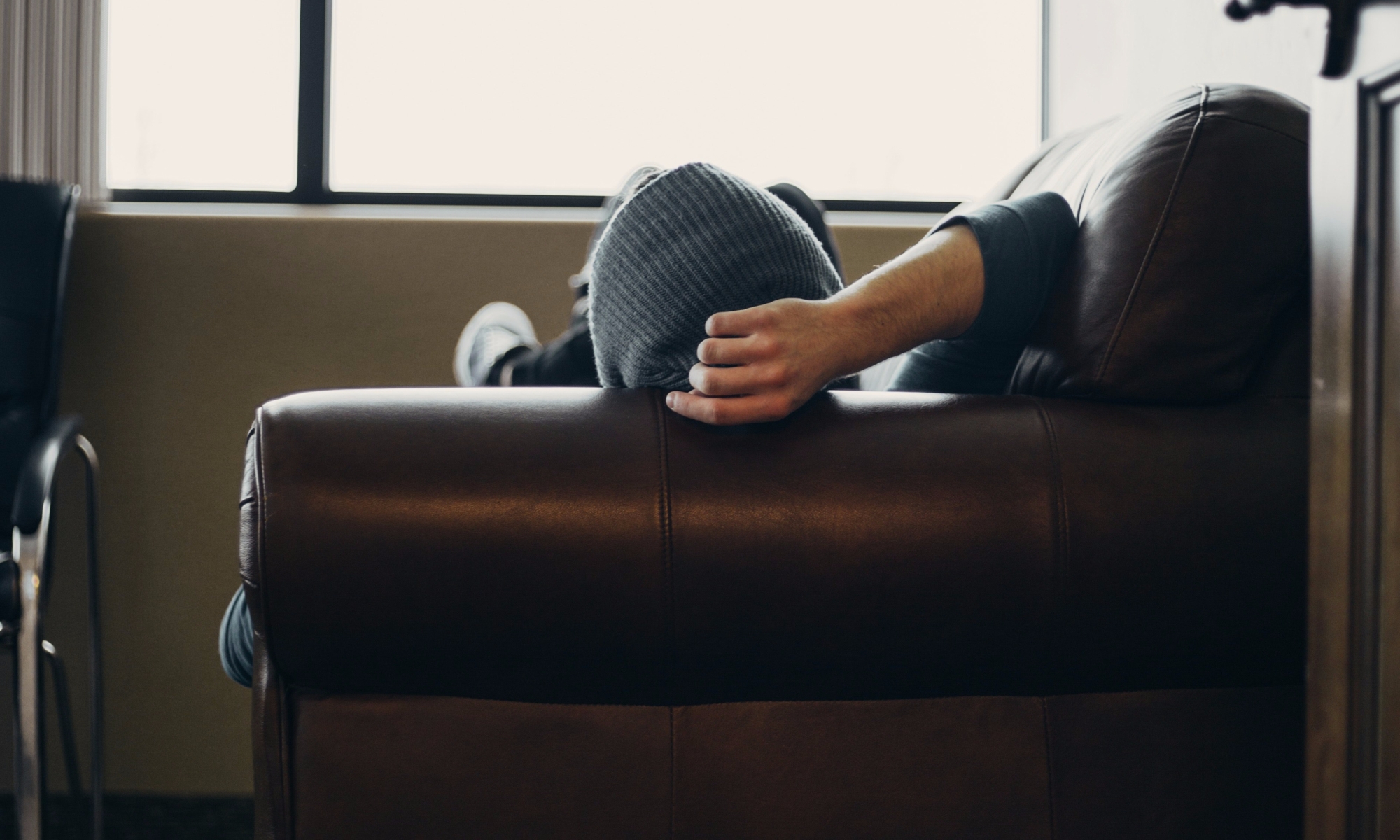 I won’t beat around the bush: Mental illness has pushed me to the edge many, many times.

In the last year alone, I’ve been institutionalized twice. I’ve been on more psychotropic medications than I could possibly count. I’ve been diagnosed with at least half the disorders in the DSM at some point or another. I’ve had some of the best clinicians, and also some of the absolute worst.

While psychiatry has certainly done its fair share to traumatize me, I also wouldn’t be here without it. And this is why, when some naive neurotypical person tweets me to ask me if I’ve tried meditation or yoga, telling me that the pills are “toxic” and “unnecessary,” it leaves me shaking with rage.

Psychiatry has deep and undeniable flaws; it has, historically speaking, been an oppressive force in the lives of mentally ill people, at times pathologizing us and diminishing our humanity. I’m not here to sugarcoat that reality. But just the same, so many mentally ill people need this level of care to make our lives bearable—and with persistence and committed clinicians, it can become an important catalyst in our recovery.

That’s why I take serious issue with folks, particularly those who are not mentally ill themselves, unilaterally deciding that psychiatry is irredeemable, throwing the proverbial baby out with the bathwater—ignoring the agency, safety, and needs of mentally ill people.

It’s one thing to push for more competent and compassionate care for mentally ill folks, expanding our choices and respecting our self-determination (which I have fiercely advocated for throughout my career and continue to do so). It’s another matter entirely to presume to know what we need, writing off psychotropic medications as a personal failure to cope or, as one commenter on my blog once told me, “the easy way out.”

Presuming that this process is for the weak—for people who are simply unevolved in their attitudes about mental health, people who need to just pull themselves up by their bootstraps instead of “relying on pills”—is a blatantly ableist attitude that needs to be examined.

In this article, I’m going to unpack exactly what I mean by that.

Before you dissuade a mentally ill person from seeking out psychiatric care, look for these five signs that your argument may actually lack the compassion and nuance it needs.

1. If You Deny the Agency of Mentally Ill People

One of the biggest issues I find with critiques of psychiatry is that it utterly denies the agency of mentally ill people. Namely, rather than respecting our choices and believing that we know what is best for us, the assumption is that we can’t be trusted to make decisions about our bodies and our mental health.

This plays directly into the prevalent attitude that mentally ill people shouldn’t be believed or trusted, and that we lack the self-insight to determine what our needs are. This is utterly disempowering; it strips us of our autonomy, and places the power back into the hands of neurotypical people rather than encouraging us to make our own choices.

And it’s this same attitude that actually perpetuates one of psychiatry’s greatest flaws that still operates in clinical settings today: the insistence that mentally ill people should have no voice in their own recovery and in the decisions that impact their lives.

Any critique of psychiatry that oppresses mentally ill people—upholding the harm that we experience at the hands of this institution—is ultimately not radical, nor is it socially just.

2. If You Impose One Narrative on Every Mentally Ill Person

Any critique of psychiatry that treats mentally ill people as a monolith—that our needs, experiences, and lives are more or less identical—is steeped in the ableist attitude that we are not diverse or complex individuals.

This couldn’t be further from the truth. Some mentally ill folks will benefit immensely from meditation and a good dose of Vitamin D from the occasional hike in the woods. Some will find that a spiritual practice aids in their healing. Others find that therapy is the key to their stability, while folks like myself find that medication is a critical component of their care. And you know what? Some folks rely on all of the above. I certainly do.

Making a sweeping generalization that all mentally ill people require the same type of care is harmful, because it dismisses the unique ways our trauma and pain presents, and it advocates for restricting our choices rather than expanding them.

When you push for a singular solution to complex and individual struggles, it puts every mentally ill person at a disadvantage. It encourages us to try one inflexible approach that may not work for us, instead of advocating for a recovery that is tailored to our particular needs that can evolve with us as we gain more insight about ourselves.

This, to me, is the epitome of privilege—if you insist that your own journey should dictate the standard for everyone else, you are centering your own lived experience while willfully ignoring that those experiences are not universal, especially when taking into account those at the margins who exist at very distinct axes of oppression you may not share.

And considering the ways in which psychiatry, past and present, has not always been culturally competent and aware of the needs of marginalized communities, this ultimately feeds into the violence that these communities experience at the hands of their clinicians.

Your critiques of psychiatry do not exist in a bubble. Which is to say, we must consider not just the intention of our critiques, but the impact of them as well. If you depict psychiatry as being irredeemable, and those who seek out psychiatric care as weak and misguided, you feed into a stigma that says there is something shameful or wrong about reaching out for help.

This directly affects the gap in mental health care, in which mentally ill folks are already underserved and struggle to access care. This is not something to be taken lightly.

I had absorbed these messages from the people around me, who believed that psychiatry was a shameful last resort for people who weren’t trying hard enough. Like many folks who are struggling and could benefit from it, I didn’t want to associate myself with it. A completely preventable tragedy—one that nearly took my life as a teenager—was a direct result of critiques from neurotypical people who lacked nuance and perspective on what psychiatric care can actually offer.

Rather than acknowledging the importance of this (flawed but still critical) resource for many people, the stigma interfered with my ability to access care. Without the necessary nuance, critiques of psychiatry can often harm the very people we’re trying to protect.

If you’re going to critique psychiatry (and yes, psychiatry should never be above reproach), it’s important to consider the impact of your words. Does this critique empower mentally ill people? Or could it harm us in the process?

4. If You Presume to Know the Struggles of Mentally Ill People

If you aren’t mentally ill, you can’t know what this struggle is like. And if you can’t truly understand our struggles, you aren’t in a position to introduce a bias that presumes to know what we need in the first place.

One of my favorite phrases with regards to disability is “nothing about us without us.” Which is to say, a critique about psychiatry—an institution that directly impacts our lives—that doesn’t consider the perspectives and voices of mentally ill people is deeply problematic. In fact, I’m of the belief that the only people who should be critiquing psychiatry are neurodiverse people themselves, including those who identify as mentally ill and those who have disavowed the label but are affected by it nonetheless.

We should be elevating their voices rather than talking over them. It’s ethically questionable to pretend that you can understand a struggle that isn’t yours to claim in the first place.

It’s oppressive to introduce an uninformed critique that has no real impact on your life, rather than letting those who are most affected by these issues speak truth to power. If you’re committed to an anti-oppressive framework, you must commit yourself to centering the voices of those on the margins – which means knowing when to stay in your lane.

5. If You Prioritize Your Criticisms Over Our Survival and Safety

There has been significant pushback against memes like this one, where actual antidepressant medications are labeled “shit,” while the great outdoors are the only acceptable and real antidepressant. As if walking through a forest will somehow magically cure us… and we’re too unintelligent and “lazy” to realize it.

There’s one word that readily comes to mind when I see memes like this: Selfish. From up on their privileged and oblivious high horses, their critiques of psychiatry and psychiatric medications take precedent over the safety of mentally ill people who rely on these medications to survive.

They don’t actually care about mentally ill people. If they did, they would advocate for any and all paths in recovery that make life more livable for us. They would be glad for any and all treatments that improve our quality of life. That’s not what memes like this are about, though.

Confirming and broadcasting their narrow and uninformed “opinion” becomes more important than advocating for the wellness of mentally ill people. Sounding off on something they actually know nothing about takes priority over tuning into the communities that have a real stake in these conversations.

It’s ableism in its most unapologetic form—it’s vicious and it’s careless, because instead of centering the needs and survival of mentally ill people, those with the most privilege and nothing to lose reinforce a myth and a stigma that endangers our lives. Putting our safety and survival in jeopardy is morally repugnant. It ultimately becomes a critique of mentally ill folks themselves, rather than a valid and thoughtful critique of the institutions that affect our lives.

Critiques of psychiatry that don’t take on an anti-oppressive framework, however, can operate in sinister ways, doing harm rather than good. It’s important that we remain vigilant and learn to recognize the ableism that is often embedded in many of the popular criticisms we come across.

It’s then—and only then—that we can start to do the necessary and important work of building systems that truly empower mentally ill people, placing them at the center of this work, rather than obliviously pushing them further to the margins and silencing them. Because any criticism that ultimately silences the very communities most affected is not empowering, and it replicates the very oppression we’re seeking to dismantle.

This piece that I wrote originally appeared at Unapologetic Feminism.

30. 🥳🎂🎈✨
It’s #TransAwarenessWeek, which has always left me with complicated feelings. Awareness is far from enough when trans people are dying, both at the hands of others and by their own. Awareness isn’t enough when legislation is constantly being weaponized to strip us of the most basic dignities and rights. Awareness feels cheap in a world where transgender people are struggling just to survive.
Hi, friends. 💕
My 30th birthday is coming up and I’ll be starting a new job soon, too. So grateful for the support that’s allowed me to get to this point in my life. 🪴 I feel stronger every single day.