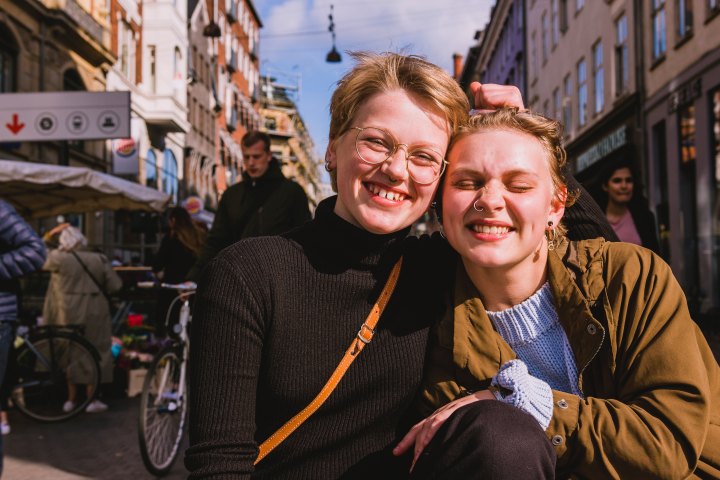 “I have a lot of sympathy for transgender people,” someone once told me. “I know a little something about what it’s like to hate yourself, to hate your body.”

I can appreciate when cis folks (who haven’t lived the trans experience) try to create bridges of understanding and empathy with trans people. I think flexing those muscles and building on your compassion is an important part of solidarity.

However, when those attempts miss the point – and ultimately uphold stereotypes that harm trans people – it warrants a serious discussion about how exactly cis people have come to understand trans people.

The “self-hating trans person” trope is widely used as a point of reference for cis people and fuels a lot of misunderstanding around the trans experience. In a nutshell, it’s assumed that what makes a person transgender is that they hate themselves, hate the bodies they inhabit, and thus transition because they don’t like themselves.

Simply put, the idea that being transgender is a “self-esteem” problem just isn’t true.

Which isn’t to say that self-hatred isn’t an experience for some trans people.

Struggles with mental health are a staggering reality for us. But this narrative around the “self-hating trans person” is a false one. It oversimplifies and misrepresents the experiences of most trans people.

I want to unpack, in more detail, exactly why this trope is so harmful.

Here are four reasons why this myth needs to be put to rest – and the real harm it does when we perpetuate it.

1. It Ignores the Impact of Systemic Oppression

A lot of the pain that trans folks suffer is at the hands of an oppressive system, and it has nothing to do with the feelings we have about ourselves personally.

When we diminish the struggles of trans people as a personal problem, we completely neglect the systemic forces that cause immense suffering.

The state of transgender folks’ mental health is dire, but it’s not necessarily because we’re transgender.

When we’re hated by the culture at large, have our rights routinely denied, face the looming threat of violence and even death, struggle to access adequate healthcare, and are ostracized by our communities, how can we be expected to feel positively about our transitions and ourselves?

The transgender struggle is not just one of self-hatred – it’s one of trans-antagonism, and existing in a world that doesn’t recognize our humanity. Too often, that dehumanization becomes an internalized struggle, and we begin to hate ourselves not because we’re transgender, but because we’re taught from a young age to relate to ourselves in a violent way.

However, if you equate being transgender with being self-hating, as if it’s a natural condition of our lives, you overwrite the systemic origins of our suffering.

And in doing so, there is no accountability to create a world that is safe and affirming for trans people. It’s reduced to a personal issue with us, rather than a systemic issue that cisgender people must take responsibility for.

Instead of assuming that all trans people are self-hating, the better question to consider is what kind of world we’ve created in which this kind of suffering is permitted and even expected.

2. It Imposes One Narrative onto All Trans People

This trope is a fallacy because there are plenty of trans people who don’t hate themselves. Full stop.

Our community is layered, complex. We have a variety of feelings about our identities, our bodies, and our transitions. To condense those experiences into a singular narrative and emotion does us a huge disservice: It completely erases the diverse experiences that exist within our community.

There is no right or wrong way to be trans – but it’s problematic to assume all trans people share the same narrative and experience.

For me, personally, I don’t feel self-hatred in the way that cis people assume I do. I hate the ways that society has forced me to pretend to be something I’m not, and sometimes I even hate the body that obscures my truth. But I never hate myself as trans or otherwise.

I have a deep compassion and appreciation for myself and everything I’ve survived. Many trans people do.

The best way to build empathy for a trans person is to tune in when they share their experiences, and believe them when they do. Instead of relying on tropes and looking for misguided shortcuts to understand us, seek out trans people (plural!) who are willing to give you the benefit of their lived experience.

Being transgender is not a self-esteem issue.

This implies that if trans people saw a therapist and worked out their feelings, their gender would somehow change, and they would magically become cis.

The trope of the “self-hating trans person” relies on one huge (and very wrong) assumption: namely, that being cis is the natural state of being that we reject out of disdain, instead of cis and trans folks’ genders being equally valid and authentic.

This completely undermines the sincerity and legitimacy of transgender experiences.

Claiming a transgender identity isn’t about rejecting the gender we were somehow meant to have because our self-esteem is too low. It’s about rejecting who we were wrongly said to be.

Being transgender is about embracing and manifesting who we actually are in a society that invalidates us, marginalizes us, and rejects us as trans. We can hate the (often violent) imposition of gender upon us without actually hating ourselves.

Gender is a deeply personal identity that we come to know throughout our lives. It’s who we are and how we relate to the world, to our bodies, to our culture, and to ourselves. The way that trans people arrive at that understanding is often very different from cis people, but it’s not inherently better or worse, and it’s certainly not flawed.

Asking to be recognized as we actually are is not an act of hatred – in fact, it’s one of the purest gestures of self-love that I know.

4. It Creates a False Parallel Between Cis and Trans Experiences

You don’t actually have to put yourselves in our shoes to have compassion for trans people.

In fact, you may never arrive at a point when you fully understand what it means to be transgender. And the sooner you can acknowledge this, the better your relationship with trans people will be.

What I dislike most about the “self-hating trans person” trope is that it assumes cis people who have struggled with their self-esteem or their bodies can understand what it feels like to be transgender. But I disagree vehemently with that conclusion.

The particular experience of being (wrongly) assigned a gender in a cisnormative, trans-hating society just isn’t the same as a cis person struggling to like certain things about themselves.

I’ve disliked my body. I’ve struggled with my self-esteem. I’ve dealt with a whole slew of negative emotions around who I am and what I look like. But those experiences, while they were difficult and raw and real, had very few (if any) similarities with my experience moving through this world as transgender.

For one, they were transient experiences that I could work through and even hide if needed. But being transgender is immutable. It doesn’t just affect how I feel on a day-to-day basis, but it impacts my access to power, safety, and resources.

It’s an inherent and complex thing about myself that extends beyond my self-esteem – it’s steeped in biological, sociological, psychological, and even spiritual understandings of myself.

When something is so deeply rooted and significant, a surface-level analysis will not suffice if you’re trying to find ways to relate and understand. The reality here is that when cisgender people are distracted by halfhearted attempts at empathy, they fail to see that being able to relate isn’t a prerequisite for solidarity, but listening is.

This trope, when employed by cisgender people, is trans-antagonistic – and perhaps in the most selfish way – because it’s about satisfying the curiosities of cis people with an easy-to-digest answer, rather than letting trans people speak their own truth, even if that truth might be more nuanced and require more effort to understand.

This article, then, is a deeper calling – demanding that cis people do the work and believe trans people when we share who we are and what we feel. Our emotional realities and lived experiences are diverse, painful, complicated, and even beautiful.

Cis people need to hold the space for all of this and more. And that starts with tuning in.

This piece that I wrote originally appeared at Everyday Feminism.

5 thoughts on “No, Cis People, Being Trans Is Not a Self-Esteem Issue” 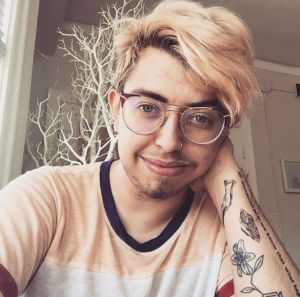