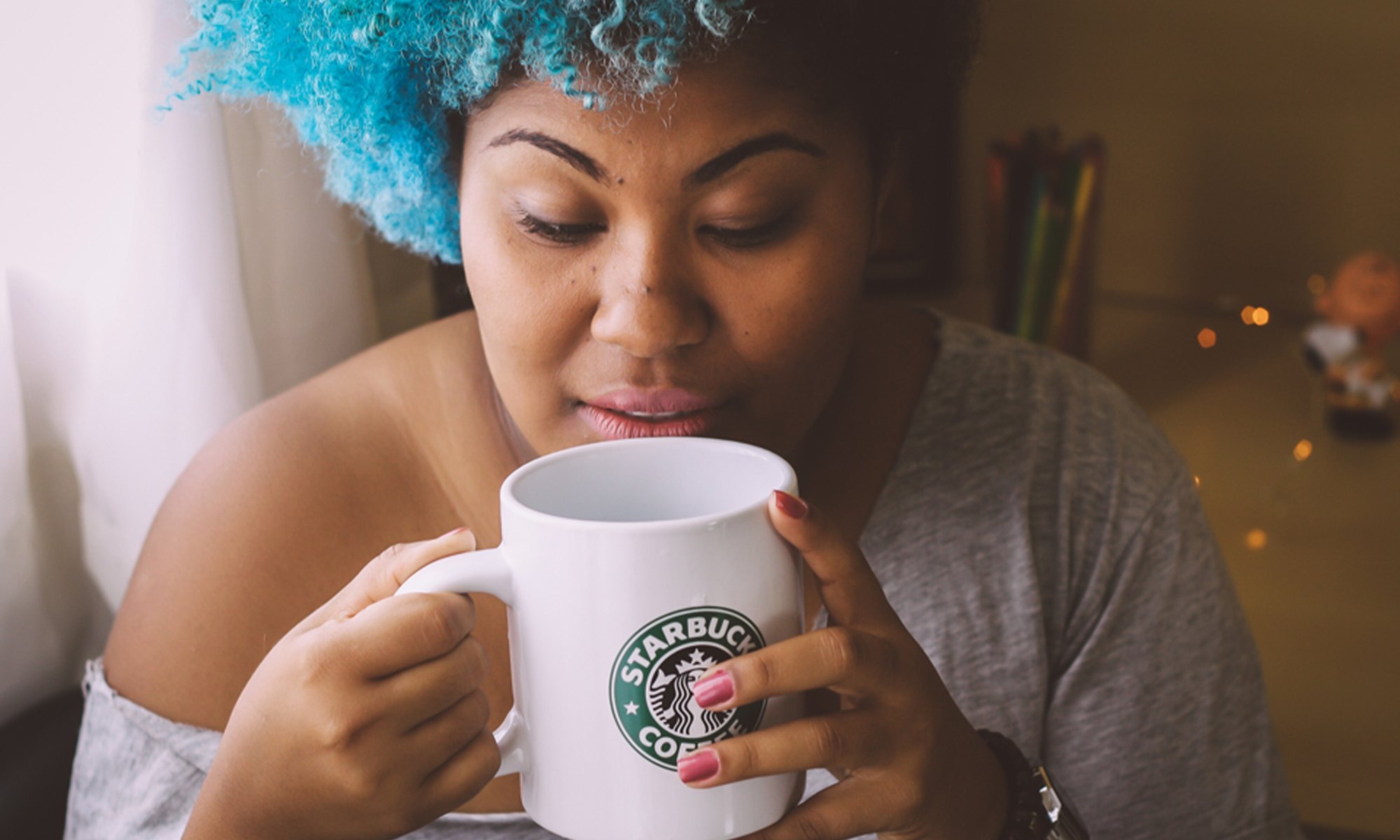 Why Aren’t We Talking About Suicide Attempt Survivors? Here Are 7 Ways to Support Them.

When we talk about suicide, we tend to focus on prevention – or mourning those that we have lost to suicide.

We forget, too often, that some of us are on the other side – that not everyone who attempts suicide will die.

When I attempted suicide as a young teenager, I found myself set adrift.

I couldn’t find support or resources because those resources focused exclusively on either family members who have lost a loved one or preventing suicide attempts – neither of which applied to me at that time.

Confused and alone, I was unable to find a single website or article that acknowledged that sometimes, suicide doesn’t go the way we planned – sometimes, we live to tell the tale.

I went to school the next day, resuming business as usual, because I didn’t know what else to do.

Six years later, more resources are being created, and amazing projects are unfolding. I’m grateful, as an attempt survivor, to know that other survivors will have more of a safety net than I did.

However, I still believe that there are things we all can do to support suicide attempt survivors – and to create a culture in which these survivors do not feel invisible.

As feminists, I believe that this work is especially important and relevant – the stigma around mental health and suicide is a hurdle for folks in every community, and is most often shouldered by folks who are already marginalized in significant ways.

Here’s a list of seven ways we can all do right by attempt survivors.

1. Include Attempt Survivors in Your Conversations About Suicide

In any conversation about suicide – whether it’s a formal panel, a public policy discussion, or a casual conversation – it should never be assumed that survivors don’t exist.

And many of us are not only surviving, but also thriving. Others survive and continue to struggle.

If you’re doing work in prevention, for example, it’s important to remember that folks who have attempted suicide before are at even greater risk to attempt again.

In fact, one-third of people who attempt suicide will try again within one year.

Regardless, attempt survivors are an important demographic when we’re talking about prevention.

When organizing panels or conferences around mental health and suicide, there should be a concentrated effort to include survivors not just as attendees, but as speakers and organizers.

If you already support a particular mental health organization, you can also inquire about what they are doing to support attempt survivors.

And in everyday conversation, remember that attempting suicide is not synonymous with dying.

Including attempt survivors in conversations that impact our lives is an important part of making survivors visible.

I know that suicide sounds really scary. I know that it can be hard to have conversations about it.

When we don’t have healthy, compassionate conversations about suicide and survival, we ultimately discourage survivors from seeking out support.

After my attempt, there was no script on how to talk about what I’d been through. I just knew in my gut that it wasn’t something that people talked about.

If I had felt safer or more encouraged to open up, I might have been able to cope more effectively and get help sooner.

In fact, if it hadn’t been so taboo, I might have talked about my suicidal thoughts before I acted, and my attempt might have never happened.

We need to stop treating suicide and suicidal thoughts as taboo.

Instead, we need to foster conversations that can help survivors feel safe enough to disclose their experiences and seek help when it’s needed.

Part of my decision to keep what had happened to me a secret for so many years was because I had heard, over and over again, that suicide was a selfish decision.

I was afraid that if I opened up to someone, I would be met with shaming and criticism instead of compassion.

Put simply: We need to stop shaming people who have attempted suicide.

The decision to end our lives is not a decision we ever take lightly – and it’s not indicative of a character flaw, but rather of immense pain that we have carried for too long.

Attempt survivors face enormous amounts of discrimination – and it’s compounded because we not only face the stigma of being suicide attempt survivors, but often that which goes with struggling with our mental health.

A culture that either pretends we don’t exist or treats us as selfish and subhuman is a culture that ultimately perpetuates the cycle of suicide.

If we are encouraged to keep silent and told we are less than human, we are far more likely to attempt suicide again.

If we want to support attempt survivors, we need to stop shaming them into silence.

4. Don’t Assume That Suicide Attempts Are a Universal Experience

Some of us feel all of these things at different times in our lives – sometimes even at different points in a single day.

There is no universal narrative that fits for every suicide attempt survivor.

When we talk about suicide attempts, we need to be careful not to generalize about those experiences or about survivors.

By acknowledging the complexity and diversity of our experiences, we support all survivors, instead of just those who fit into our preconceived ideas of what a survivor should be.

5. Tune In When Survivors Are Sharing Their Stories

There are many survivors that are already sharing their stories, and you may someday encounter someone who trusts you with their story. The most important thing is to listen – and to let them take the lead.

I’ve found that when I share my story with folks, people have a lot of questions and don’t always know how to respectfully engage.

To this, I would suggest that people should actively listen when survivors are sharing their stories. Don’t interrupt, don’t interrogate, don’t ask invasive questions.

Let survivors decide how much to share, when to share, and how their stories will be told.

I know that suicide is a topic we don’t often hear about, and when someone is willing to open up, there’s a lot that we want to know.

However, a person’s attempt story is not about you – this is a story about them, by them, for them.

If there is an opportunity to ask questions, be sure to ask in a way that allows this person to opt out if they aren’t ready to answer.

Survivors deserve to disclose their stories in an environment that makes them feel safe, validated, and respected.

You can facilitate this by listening, first and foremost.

6. Realize That We Are Everywhere

It’s gut wrenching when an acquaintance, not knowing my history, says something terrible like, “Ugh! If I have to go to work on Saturday, I’ll kill myself.”

We, as a culture, need to recognize that attempt survivors are in every community – and then we need to behave accordingly.

We need to speak compassionately about suicide not only because it’s the right thing to do (suicide jokes are never funny, especially when they aren’t coming from folks who have lived it), but because triggering survivors is another way that we both invisibilize and marginalize them.

We assume that survivors aren’t around, and thus we say things that we wouldn’t otherwise say to someone who has been through it.

There are many microaggressions that survivors face, by virtue of the assumption that we do not exist or that we only exist in certain communities.

Suicide should always be discussed in a way that is sensitive, inclusive, and does not uphold discrimination or shame, so that survivors in every community can feel safe and respected.

7. Get Behind the Amazing Organizations, Resources, and Projects That Support Attempt Survivors

Unlike six years ago when I had my attempt, Googling “suicide attempt survivor” lists a number of resources that now exist for survivors – some of which are quite fantastic.

One essential resource can be found over at Grief Speaks. The guide, found here, gives a comprehensive run-down of ways we can assist someone in the aftermath of a suicide attempt. If those close to me had had something like this, it would have made all the difference.

It’s the only known project of its kind, bringing a human face to a struggle that is too often anonymous.

When I first saw this project, I was struck by how whole it made me feel. To know that there were others like me, living through this and telling their stories, gave me the courage to keep telling my story, too.

Supporting the work of survivors and advocates like Stage is a way of both bringing visibility to survivors, as well as creating a greater safety net for future survivors who need to know that they are cared for, seen, and – most of all – not alone.

My suicide attempt was not the worst thing that had ever happened to me.

I think what was worse was the loneliness I felt when I realized I didn’t know how to talk about it, and I didn’t have a safe space to have that conversation.

As an adult, I know that I’m not alone in my experience. There are so many attempt survivors worldwide, and many feel unsupported, isolated, and shamed into silence.

However, there’s so much we can all do to make attempt survivors feel more supported.

This list is a place to start, and should be part of an ongoing conversation about how to make survivors feel safer, respected, and visible.

If you’re feeling suicidal, please reach out to someone. If you’re in the US you can reach the National Suicide Prevention Lifeline at 1.800.273.8255. If you’re not in the US, click here for a link to crisis centers around the world.