No Justice, No Peace: Why Civil Rights Doesn’t End With Baltimore 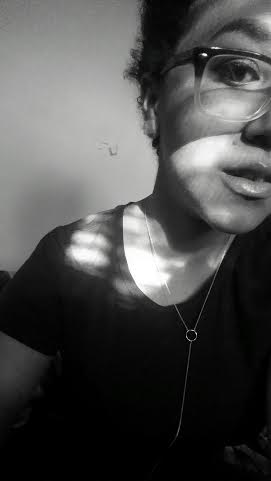 I live in a world where two movements are happening simultaneously.

And I am told, as the future of my marriage waits on the line, that I need to be on the “right side of history.” There are people celebrating love, marriage, and equality; there are people mourning the loss of another man that was turned into a criminal to justify his murder.

I am tired of having to choose a side.

People aren’t listening to the communities that are hurting, and now isn’t the time for apologies. Communities want action, families want justice. And I think it’s time we started listening.

But somehow you turn a blind eye because it is easier than to confront your privilege.

You are able to turn to any outlet and find a representation of yourself, your friends, your families, your relationships; you are told by the government, by the media, by society that you matter.

Yesterday, six police officers were charged with the murder of Freddy Gray. And yet, this won’t really change the climate for queer people of color across the country.

This movement is as diverse as the people out on the front lines speaking out against injustice, for their rights, for what’s right. To ignore the intersectionality of the citizens of Baltimore supports the structures and institutions that continue to silence their voices.

This is the boiling point, and it has been reached through the neglect to acknowledge the intersectionality of race, class, gender, sexuality, American citizenship, and how those facets of identity have left citizens in New York, Baltimore, Ferguson, Detroit, and many others marginalized and oppressed.

I am not a cisgender black man. But my life matters and my life is at stake.

And to those that believe that this will all be solved by protesting peacefully, I advise you to check your privilege. Being able to walk openly in the streets and speak your mind is not a privilege allotted to all of us – some of us have much more at stake.

How long can you peacefully exist within the system, because “white people are scared?” White America sees “thugs” destroying their own cities. They shake their heads and call people in Baltimore “animals” and preach respectability as a means to rise above their conditions.

But I see broken communities disowning the very structures, the physical representations of the institutions keeping them subordinate.

I will not stand for forced assimilation because America does not want to change.

I want marriage equality, but I also want the world to know that it’s not a solution.

I want to make sure it’s safe for me to walk down the street before walking down the aisle without hearing racial slurs or being misgendered.

I want medical protection, and my insurance to cover the possibility of transitioning, or starting a family.

I want my relationship to be recognized.

I want legal protection from discrimination.

I want to raise a family without fearing that they won’t come home because someone abused their power, because someone truly believed that the life of a child was worth less than their own.

I want to exist in a space where I don’t have to unlearn everything I know about my culture to assimilate into white spaces, for my voice to be heard, for my body to be respected.

I want change. I want police to be trained in sensitivity, I want them to take rape, trans issues, and the lives of colored children seriously.

This is not just an issue of race, and those that believe it is are also a part of the problem. This is an issue of class, race, economic status, political systems, citizenship, and gender.

This is intersectional, and this is important.

This is about the structures that have been put in place that have yet to change, that have yet to treat people of color and other marginalized folks as equal. Sadly, the benefit of privilege is not knowing that these systems are still in place, because they don’t affect you.

But they affect me.

Your privilege is not an excuse for your ignorance. Your apologies do not excuse you from educating yourself on issues even if they do not directly impact your life.

The reality is, these fights aren’t over. We need to educate ourselves and be aware of our privileges, and use them to advocate, NOT speak for our marginalized brothers and sisters and siblings.

We need to stand together in solidarity.

Melissa Monier is a 21-year old Queer blogger, feminist, and gender, sexual, and racial justice advocate from Metro Detroit. She spends her free time drinking way too much coffee, writing shitty poetry, finding new reasons to fall in love with her home-city every day, and loves her dog more than most people. She is a Communications major and WGST minor at the University of Michigan – Dearborn. Visit her blog at lalavandemenace.tumblr.com

Thanks a lot, brain. 🙄🧠
As Pride month comes to a close, I’m left reflecting on the journey I’ve been through as a transgender person.
Some personal news: I am really excited to share that I've joined the creative team at @upawayapp, an app offering trip support to travelers around the world.
I have a small confession: I am a troll.