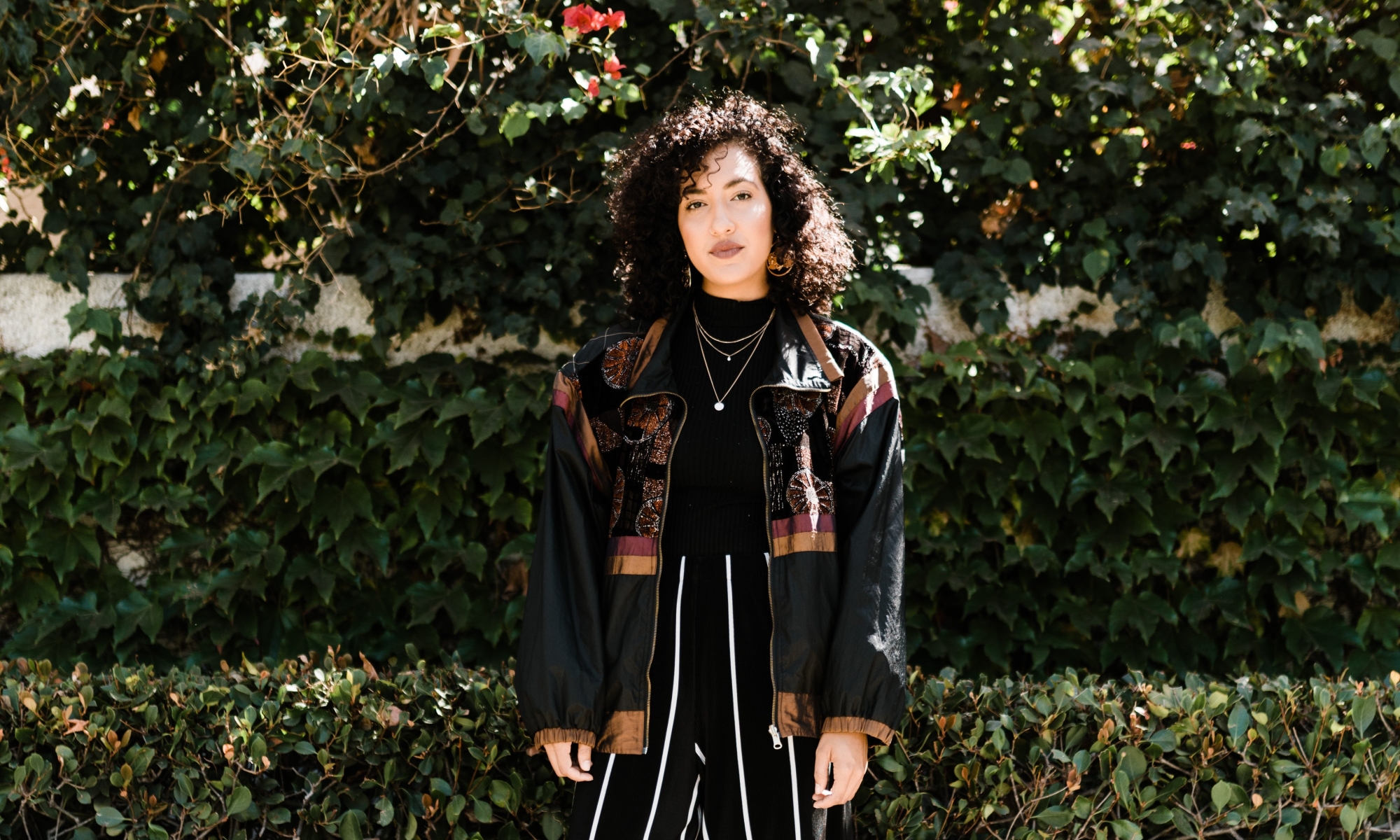 7 Subtle Signs Your Trauma Response is to ‘Fawn’

Last month, I wrote about the fourth type of trauma response — not fight, flight, or even freeze, but fawn.

The term was first coined by therapist and survivor Pete Walker, who wrote about it in his groundbreaking book “Complex PTSD: From Surviving to Thriving.” And let me tell you, as a concept, it thoroughly changed the game for me.

In a nutshell, “fawning” is the use of people-pleasing to diffuse conflict, feel more secure in relationships, and earn the approval of others.

It’s a maladaptive way of creating safety in our connections with others by essentially mirroring the imagined expectations and desires of other people.

Often times, it stems from traumatic experiences early on in life, as I described in last month’s article.

It resonated with so many you, and since then, I’ve gotten a lot of questions on how to recognize this type of response in ourselves, particularly in our day-to-day interactions.

I can only speak from personal experience, but there are a number of commonalities among “fawn” types that I think are worth noting.

I’m going to share seven struggles that a lot of us seem to experience as people-pleasers. If it sounds familiar, you, my friend, probably know a thing or two about fawning.

1. You struggle to feel ‘seen’ by others.

If you’re a fawn type, you’re likely very focused on showing up in in a way that makes those around you feel comfortable, and in more toxic relationships, to avoid conflict.

But the downside to this is that you’re not necessarily being your most authentic self. The more you fawn and appease others, the more likely you are to feel unknown to others, even in your close relationships.

If no one sees your authentic self, it can lead to feelings of being misunderstood, and even resenting the fact that no one really “sees” you.

The painful irony is that often times, you’re the one obscuring their ability to see you in the first place.

Fawn types are almost always stretched thin. This is because we’re so eager to make others happy, we blurt out “of course!” and “yes!” before it even occurs to us to say “I can’t right now” or “no thanks.”

Meanwhile, you’re silently dreading the mountain of favors you’ve signed up for — a list that only seems to get longer as the day wears on.

You’ve got a love/hate relationship with being helpful, and no matter how many times you try to break up with the word “yes,” saying “no” just doesn’t come naturally to you.

3. You’re either spewing emotions out of nowhere or unloading them onto distant strangers.

This might seem paradoxical, but it’s not, if you really think about it.

You want to make those closest to you happy, which means you’re reluctant to open up when you’re struggling — so you only do so when you’re on the brink of totally breaking down, because you’ve held it all in for far too long.

On the other hand, distance makes it easier to have feelings, too.

Which is why people we’ve just met can suddenly become as intimate as a best friend in a single conversation (and why I became a blogger, let’s be real).

A kind stranger in a bar? Sure, I’ll tell you all about my trauma. Oh, here’s a Twitter thread about the worst thing that ever happened to me. Here’s a frightening Facebook SOS— I mean, status.

We need an outlet for our emotions, but having emotions can be sooo off-putting, right? So we unload them onto people we aren’t yet invested in, that we won’t see again, or where a safe distance (like on social media) is in place.

That way, if someone bails on us for being messy or “too much” — otherwise known as being human — it stings less, and the stakes don’t feel as high.

4. You feel guilty when you’re angry at other people.

You might make a lot of excuses for the lousy behavior of other people, defaulting to self-blame. You might get angry, only to feel like an Actual Monster for having feelings at all five minutes later. You might even feel like you’re not “allowed” to be upset with other people.

I did this just recently when I was almost hit by a car, and immediately went to a place of wondering if I’d simply misunderstood what happened.

It’s pretty hard to “misunderstand” someone hitting the gas pedal when you’re crossing in front of their car, but I was convinced that somehow, some way, it had to be my fault.

If you struggle to get mad at people, opting instead to blame yourself or justify someone’s cruddy behavior, you’re actually fawning — because you’re pushing your feelings down, and rewriting the story, all in an effort to appease the other person involved.

5. You feel responsible for other people’s reactions.

Whenever I recommend a restaurant or a book to someone, there’s a moment or two of intense panic. “What if they hate it?” I wonder. “What if it’s not as good as I remember?”

Sometimes I just let other people make decisions on where we go and what we do together, because if something goes awry, it won’t be because I “failed” to make a good choice.

I once felt guilty because a friend of mine spent thirty minutes looking for parking near the cafe I chose to meet them at. As if I somehow control whether or not a parking space is available.

It’s a little nuts if you think about it, right? Because you can’t arrange someone else’s tastebuds, magically know their book preferences, or anticipate whether or not that art exhibit you want to see is actually worth going to.

Yet I take a ridiculous amount of responsibility for whether or not people are having a good time — so much so that I forget that I’m supposed to be enjoying myself, too.

This is just another sneaky manifestation of the “fawn” response in action (and a dash of codependency added in there, for good measure).

We’re trying to anticipate someone else’s happiness, because deep down, we feel responsible for it — and are trying everything in our power to ensure that the people we care about aren’t disappointed.

6. You find yourself compromising your values.

This can be difficult to notice at first. You might think of yourself as being agreeable, good at compromise, easy to get along with. But if you pay attention to the conversations you’re having, you might notice you’re a little too agreeable — to the point of validating viewpoints that you don’t really, fully agree with.

Sometimes it’s benign things, like saying you don’t have a preference for where you get dinner when you actually do. Other times it’s a deeper issue, like validating a perspective or behavior that you don’t agree with.

“Sure, the sexism in that movie really only bothered me a little bit, but you’re so right, the cinematography was top-notch.” “Oh yeah, she probably isn’t being a good friend to you, I can see why you sent that angry text.”

If you find yourself sitting on the fence as not to upset anyone, you’re likely fawning to some degree — and it might be time to self-reflect on whether or not you feel okay continuing to do so.

7. You sometimes dissociate in social situations.

Fawning often requires that we shut down emotionally. The less we have distinct feelings of our own, the easier it is to adapt to and accommodate the emotions of other people.

Sometimes this can lead to dissociating, where we disconnect emotionally. This can show up as daydreaming, spacing out, withdrawing, or even “going blank” when we’re overwhelmed in social situations.

This is also why fawn types can relate so much to other trauma responses, like flight or freeze.

If we feel that “fawning” is failing us in an argument, that it won’t work with a particular person, or that we just don’t know how to please someone, we might check out emotionally, or rely on other “escapist” mechanisms so that we no longer have to engage.

We’re more prone to anything that involves dissociation because we’re already distancing ourselves from our own emotions for the sake of others.

I think I need to put “Fawning Isn’t Fun” on a t-shirt or something, because it’s true: It sucks.

It can be painful to constantly silence yourself and push your emotions away, all while working overtime to anticipate the emotions of other people.

A number of people have asked of fawning, “Isn’t this manipulative?” But I think that misses the point. It’s disempowering, it stems from pain, and guilt is simply not an effective way of motivating people to unpack their trauma and show up differently for the people they care about.

But hopefully, if you start by noticing these patterns in your life, and have the opportunity to work with an awesome therapist, you can begin to reorient yourself toward a more authentic, fulfilling way of connecting with others.

If you’re looking for more about fawning and how to challenge it, in addition to reading Pete’s book and the articles I’ve published around this, I also put together a zine for my patrons on Patreon that offers some actionable advice!

The zine includes writing prompts and guidance on how to notice this mechanism as it relates to your own life. And it’s really pretty, so if you’re a design nerd like me, you’ll probably appreciate it.

A lot of you have asked if you could chip in to support my work. Supporting me on Patreon is the best way to ensure that I can keep creating free mental health resources, so hop on over if you’re interested!

Either way, please know that I’m right there with you in this messy, complicated journey. It does get easier, though — I can promise you that.

And for what it’s worth, I’m proud of every one of you for taking steps to show up differently. It’s tough work, but you deserve to feel whole and seen in every relationship you have.

You work so hard to offer that compassion to others — why not offer that to yourself?

Sam Dylan Finch is the blogger behind Let’s Queer Things Up!, where he writes about mental health, body positivity, and LGBTQ+ identity. He’s also the Editor of mental health and chronic conditions at Healthline.

As an advocate, he’s passionate about building community for people in recovery. You can find him on Twitter, Instagram, and Facebook, or learn more at samdylanfinch.com.

Photo by Clarisse Meyer on Unsplash. 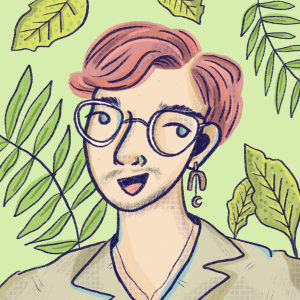 Have you ever wondered how you can stop “emotionally eating” when you’re depressed? It’s a topic I’ve seen brought up in the @bezzydepression community. You can read my full story on the topic and join the community at my link in bio.
⚠️ Link is in my bio.
Can you match my $40? ✨
What are some of the misconceptions you've had about depression? For me, it was the idea that depression meant you had to be sad all the time (not true!). I talk about this more in my recent column with @BezzyDepression, which you can find at the link in my bio.